Hey, long time no hear. I hope you are still around and haven’t given up on me. The last two months were quite busy, so I didn’t find the time to write. Sorry for that.

But I have a long list of things I want to tell you. This post will be a short update on the things that have kept my attention.

Last week I went to my graduation ceremony at the HPI-Academy – I am now a certified Design Thinking Coach.
\o/
Even though I successfully implemented design thinking at Telekom Design and at Miele, spending time at the HPI was a truly rewarding experience. I had the chance to learn from and work with people who have way more design thinking experience under their belt. I could experience their individual styles of design thinking and was able to chat with them about their views on the topic. I learned a lot and met nice, likeminded people. Cheers to them.

As part of this education I gave a full day workshop on Hardware & Software prototyping. The workshop went pretty well, I guess ([1], [2]), even though we faced some technical difficulties with the WiFi. The first half was about the practice of prototyping in general. The second half was about building hardware prototypes with no previous knowledge.
I am considering to do a shorter, more streamlined version of the workshop again sometime. If you’re interested, let me know…

Oh, and I built a (working) 3D printer in January. And I am still changing and updating it – because, as I learned, that’s what you do with them. But that story will have to wait for some other time. 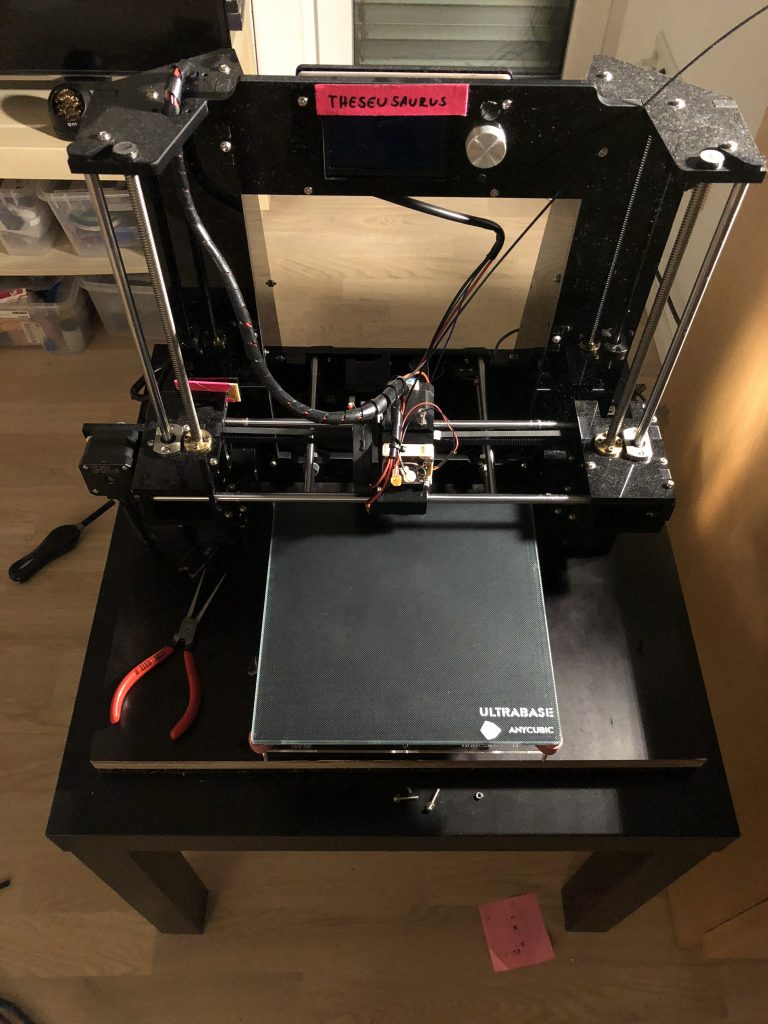 And what’s new on the prototyping front?
There will be an Axure Version 9 coming out later this year. But I am not really excited about this, since I don’t see any major improvements — the new Sketch plugin they mention is not really new, only the user interface seems to get a slight overhaul. Since version 6, Axure stayed pretty much the same, while other tools like Sketch, Framer, Noodl and InVision Studio became more and more powerful. If Axure does not up their game, I fear they will fade to the background soon.
While Axure 9 will supposedly autogenerate better HTML (which most people will never notice), new tools like Framer X and Supernova Studio promise to generate working code out of prototypes. This, plus better collaboration and IoT prototyping will be the differentiating features of the future.
But we’ll see about that, I guess.